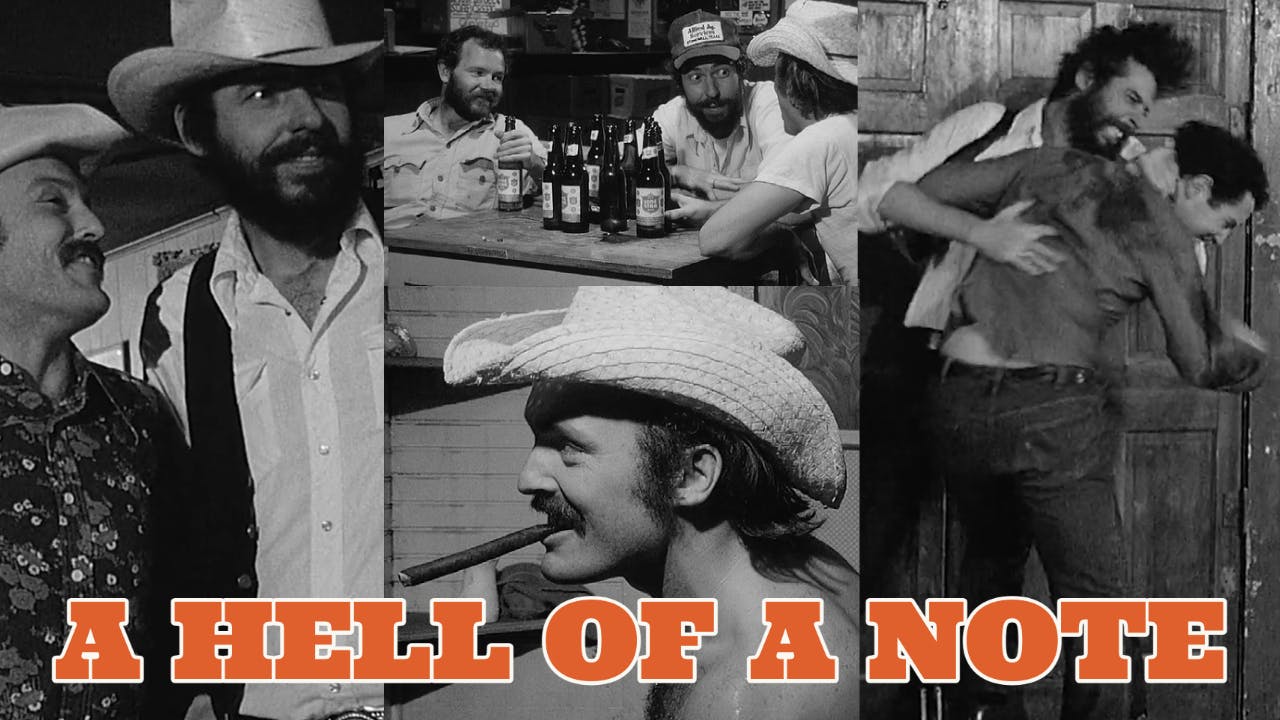 A HELL OF A NOTE

A blast from the past of independent film.

Shot on a school’s borrowed 16mm camera, Eagle Pennell’s 1977 film, A Hell of a Note, holds more history than you might expect. This slice-of-life Texan short was the catalyst for Pennell’s second and most notable film, The Whole Shootin’ Match, which went on to inspire one of the world’s most well known film festivals; Sundance.

Eagle Pennell wanted to make films about the Texas he knew, not the Hollywood version. But making films in Texas in the 70s was no easy feat. A Hell of Note is a unique look into the history of independent film as well the impact and power it can have on the industry, other creatives and the global community.