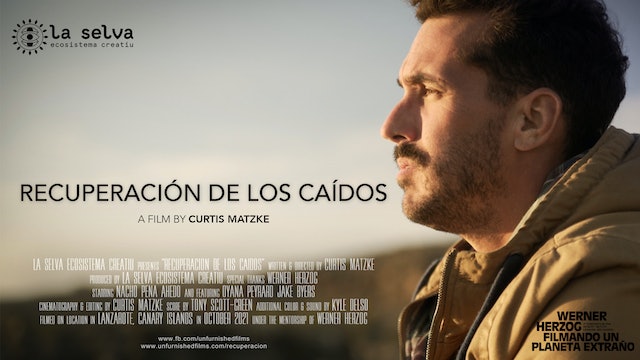 "Recuperación de los Caídos" is a Spanish-language environmentalist sci-fi film created as part of Werner Herzog's Filming a Strange Planet accelerator program that took place in the Fall of 2021 in the Canary Islands. A lone man wanders a barren landscape on a foreign planet, salvaging items off of bodies that have fallen to the surface. As he does, he contemplates his own existence and purpose when there is no reason left to live. The film was shot and edited in merely a few days under the guidance and mentorship of the esteemed German director, who described the film as "well-acted and mysterious." 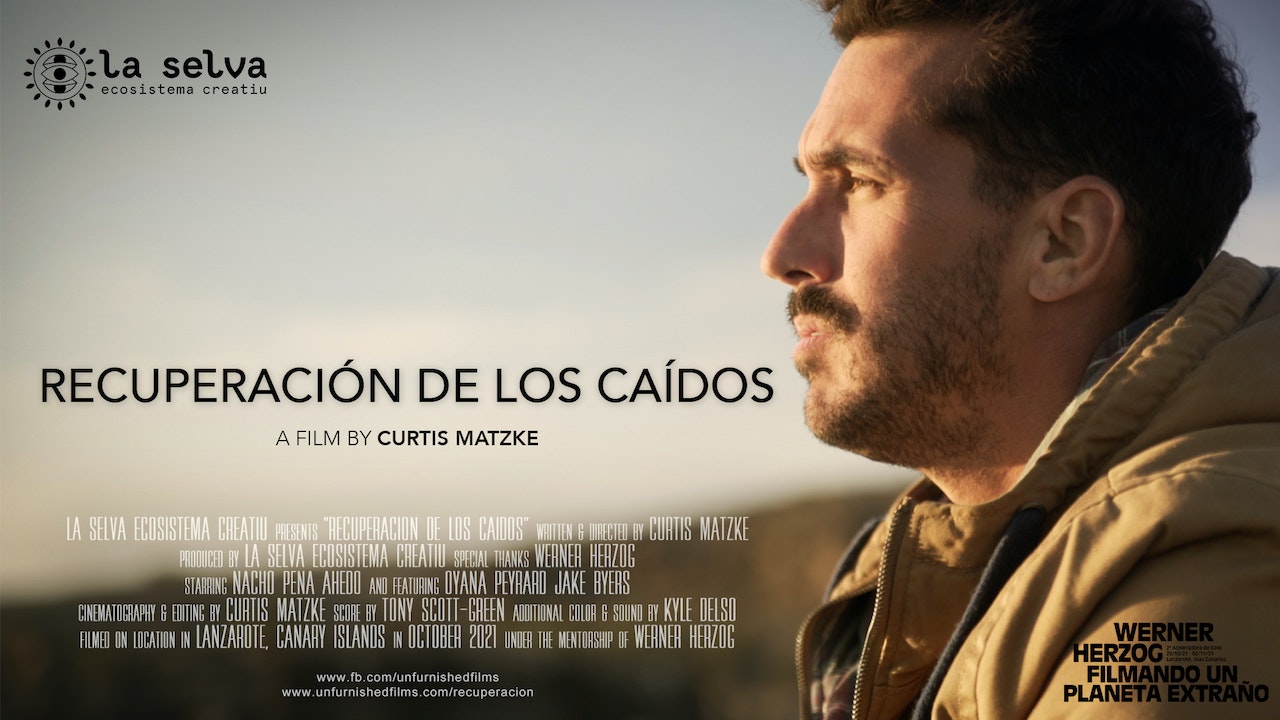